Some say that if the plan doesn’t work,  change the plan but never the goal.  That’s how we like to roll.

We left Pennsylvania March 21st and made it to another fine hotel in Gainesville,  GA by 1:30 AM.  I should have known by the lack of coffee and no clock in the room that agendas are out the window once you are in the south.  The day started out like most of our days have the last few weeks-hectic.  Check out at the hotel was 11 and our rental car needed to be returned by 12 (although I’ve been telling people we drove our own car and blew it up). We packed up our bags and rushed out of the hotel planning to stay at one of the hiker hostels…

Turns out the hiker hostel was full.  Our next step was to figure out where to go now and how-we ain’t got no car.  Here we are,  March 22nd walking around Gainesville, GA looking like some homeless folks with just our packs and our pup.

If I had known that would be my last shower before we hit the trail I would have made it last longer,  and I would not have picked Subway as my last meal before I have nothing but jerky, trail mix,  and oatmeal.

We managed to find a cab which could bring us to Amicalola falls for $90. However, when the cab arrived he stated he would need to charge $120 for Sean’s lady friend.  Back at home,  it’s based on the mileage – not people and you would think the extra would be for our four legged friend.  But anyways,  we didn’t argue-we just wanted to get out of the city and into the woods.  After a sketchy 45 minute cab ride,  which also included the driver telling us we wouldn’t make it 6 months on the trail,  we were at the start of the approach trail: Amicalola Falls.

We registered at Amicalola Falls,  hikers 909 and 910. We hiked 604 steps,  and did a total of about 4 miles before we decided to call it a day and camp. We weren’t planning on starting until the 23rd so 604 steps and a few extra miles was okay with us.

We had our first full day of hiking March 23rd. Sean woke up to a deflated air mattress-which we were able to fix.  We have been doing about 8 miles each day and slowly worked our way up to about 10 miles a day.  We have met people from all over,  including New Zealand,  France, England and Finland.  Former thru hikers,  section hikers and local day hikers.

My birthday was on the 24th and started out with a great sunrise on Springer mountain.  Sean probably won best husband (at least in a backpacker’s world) by carrying an extra 2lbs to provide me with a giant hard cider,  King size peanut butter snickers bar and a birthday card.  We ended the day by cooling off in the rain.

By day 3 most of us had attained our thru hiker fragrance which is a combination of B.O. and campfire (amongst other things).

By Saturday,  we were flaunting the new thru hiker accessories of blisters and chaffage.  I’ve always been a strong believer that thick thighs save lives but doing 8+ miles of hiking daily I’m not so sure my thighs would agree.  We were spoiled once more with more trail magic (thank you St.  Matthews episcopal church) and continued to learn what it’s like backpacking in the rain.

Easter Sunday we headed out in the rain to hike what would be our first over 4000 ft mountain since we started the trail.  We came across the “Easter Bunny” handing out Easter candy.  We hiked in the thunderstorm and while it was not ideal,  we have remained in good spirits.  Skye dogg did not seem to care for the thunder so much but luckily it passed by and she kept on trekking.

By Sunday we managed to slowly work our way up to 10 miles a day but have slowed down due to Sean hurting his knee.  We have hiked a little over 60  miles but stopped at Unicoi Gap to take a few zero days in town to rest his knee. There were minimal campsites on the way so we did our first hobo style camping g by the road which is not my favorite.

We will continue our trek on Friday from Unicoi Gap and will hopefully be doing another 10 miles or so.  Northern followers reading this right now amp up your trail magic game for us by August or September because we have been spoiled down here with trail magic.  While I have not tried any Georgia peaches,  everyone seems to be peaches.  Thank you to Kennesaw Outdoor recreation activities club for the trail magic breakfast Wednesday morning.

It’s been about a week in the wilderness and feels like it’s been longer.  We pretty much have two outfits to decide between which would include deciding on shorts or pants.  We generally wake up when the sun rises and go to bed not long after the sun sets.  We already find ourselves not remembering the days,.  And getting to town you have to remember to watch out for traffic because the busiest traffic you see in the woods are other hikers.  we ask about weight like it is a normal conversation – not how much we weigh but the weight we carry.

It’s only been a week,  and things haven’t gone as planned but we like our new home and we will keep on trekking.  The plans may change but the goal is the same.  Katahdin-here we come. 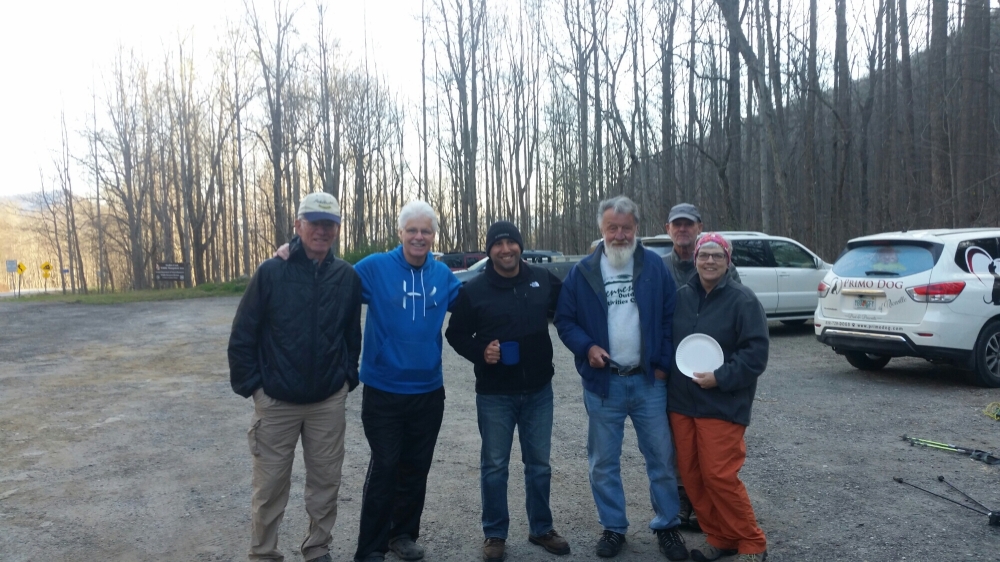 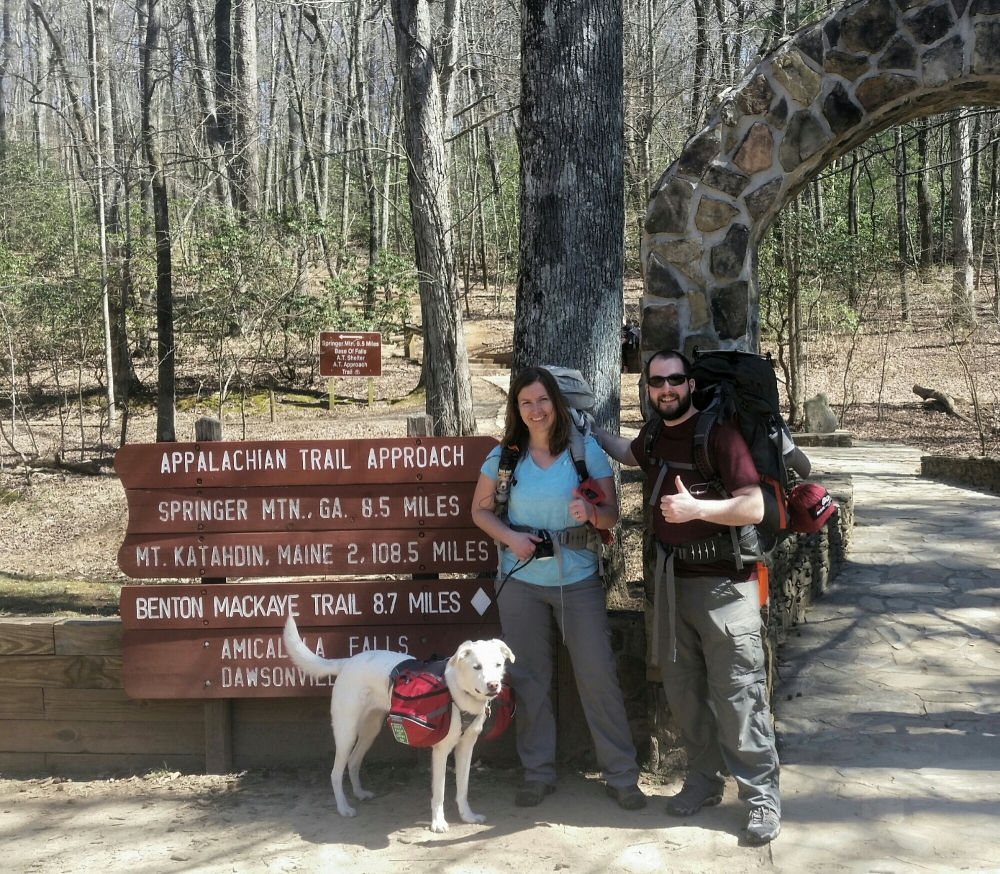 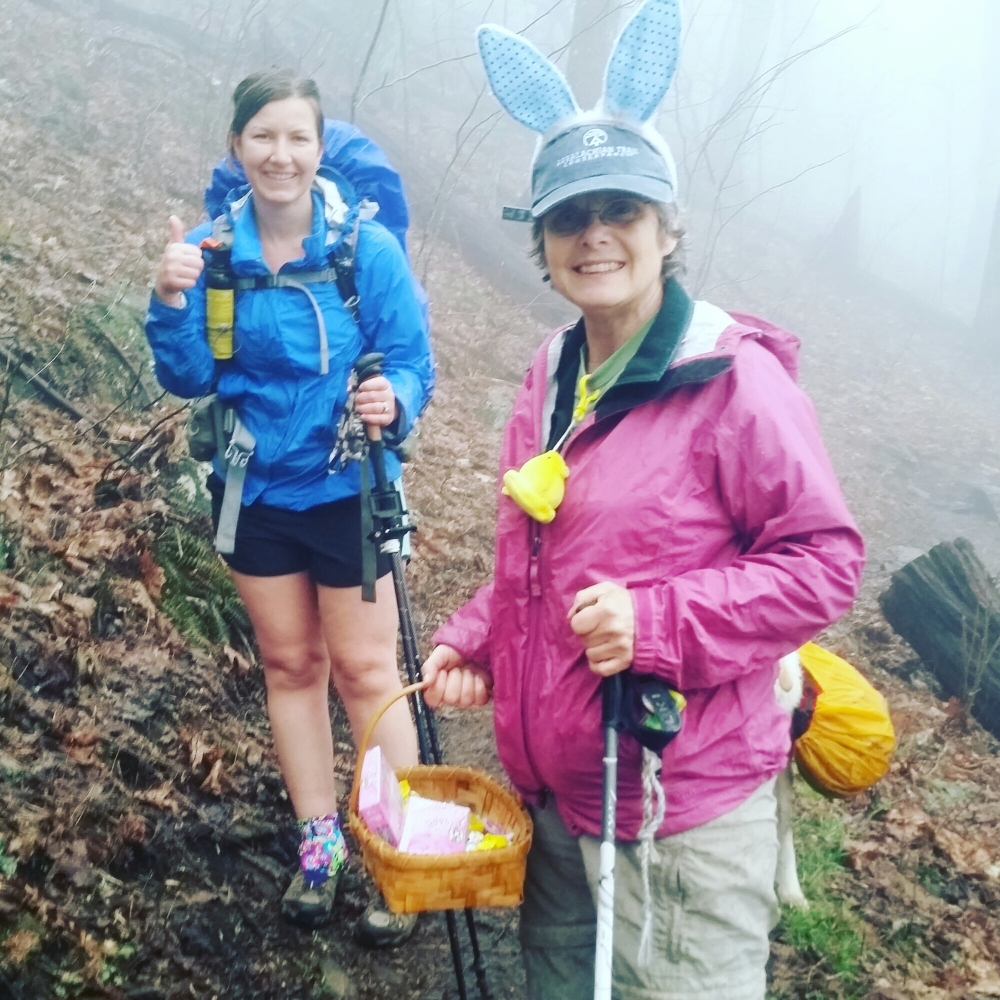 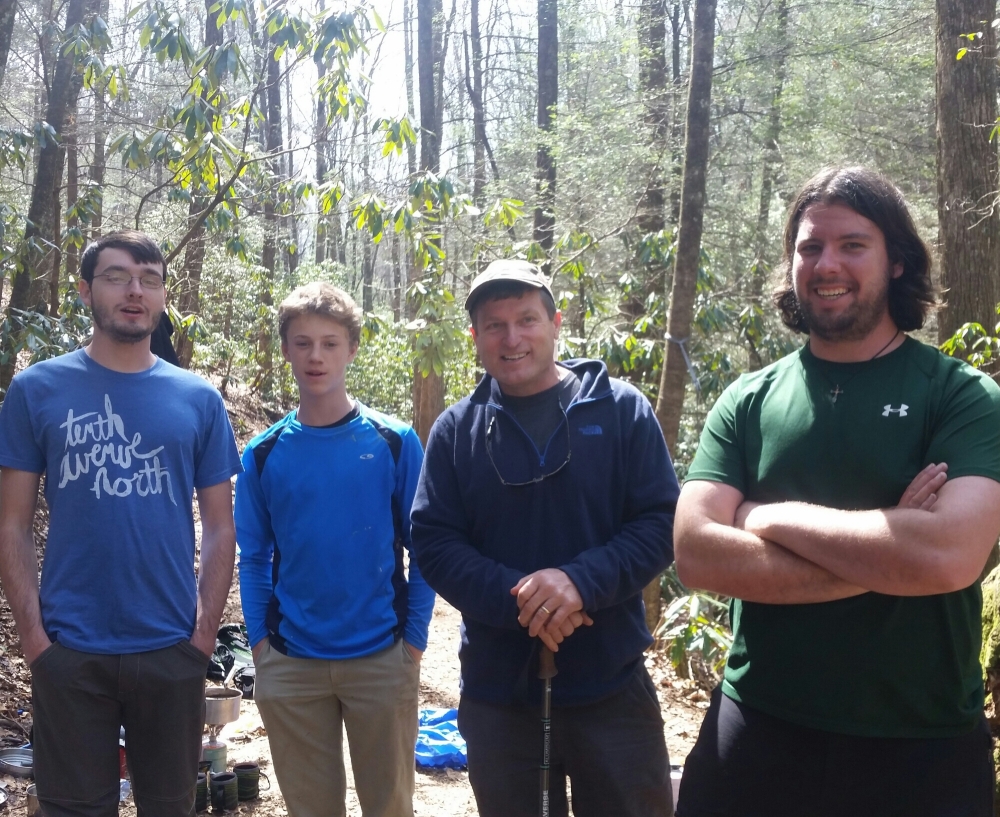 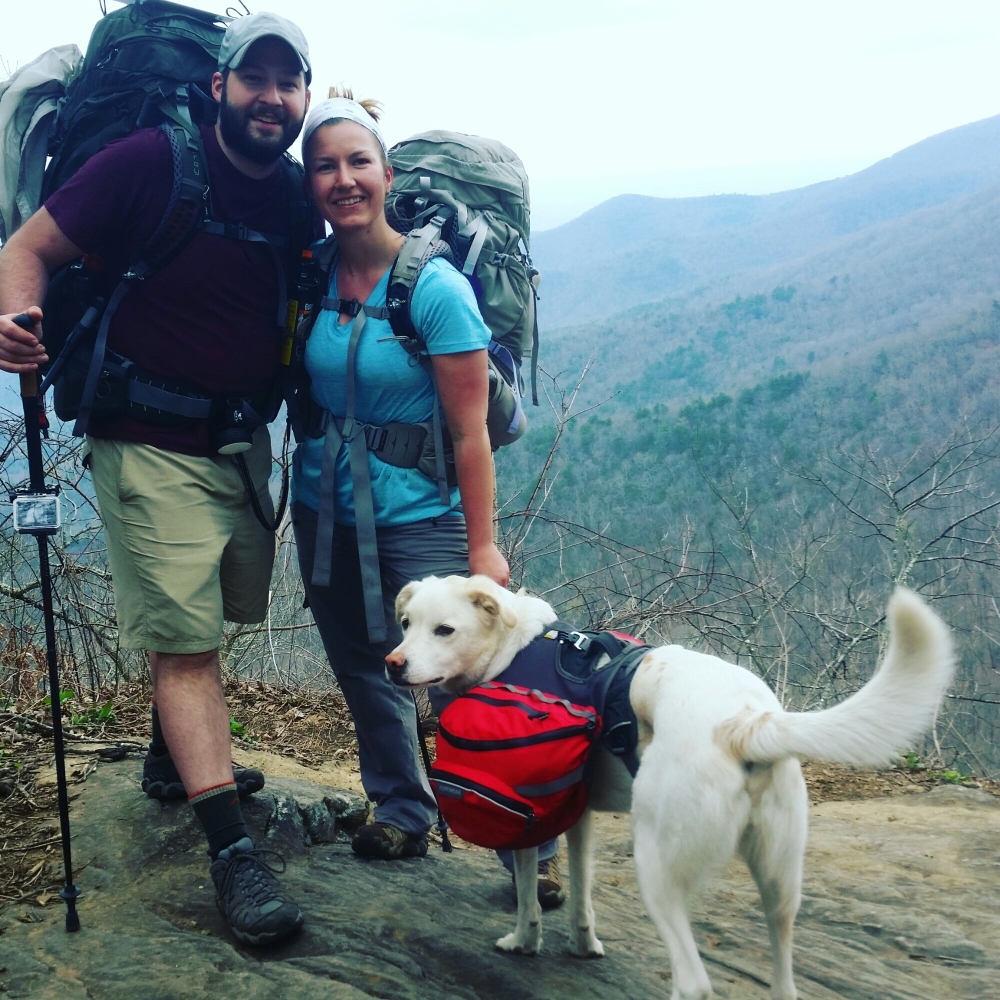